It comes as no surprise to me that Canada’s cold and sparsely populated landscape is home to the third biggest videogame industry in the world. Spring is almost here now, but for five months out of the year, this constitutional monarchy is prime gamer territory. There are many adjectives to describe a Canadian winter, but i’m pretty sure the common consensus is that it is long as well as uncomfortably cold and hibernating becomes an activity not solely reserved for the bears in this country. Outdoor activities like skiing and snowboarding can get really expensive for the average person, and its not as if you can just go outside and hang out in a park with your friends or your kids for hours on end, which in the summer would be a valid form of entertainment. No, we have to spend our time indoors, and if that indoor location isn’t your own dwelling, it’s going to cost you money..in the form of food or drinks.

Curling up in front of the fireplace (if you have one) with a good book can be a great way to spend the winter, but this can get a little overplayed even for a bookworm like myself. Sometimes, you just want to swan dive off a waterfall as an ass-kicking female archaeologist, or ride through the wild west on your trusty steed while ridding the desert of bandits. Video games like Tomb Raider or Red Dead Redemption can be a great form of escapetainment* for the bored, cold and hibernating northern resident, and according to the annual report from the Entertainment Software Association of Canada, 58% of Canadians are gamers. As heavy consumers of Clamato juice, we canucks love salt rim on our ceasar’s but are loathe to its presence on our $200 boots…naturally. By no means do I claim to know the amount the average Canadian spends on their boots, this is simply a number that sounds about right to me. 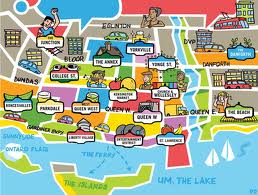 Major video game production hubs exist in Montreal and Vancouver, and increasingly in Toronto.The Big Smoke is dotted with independent game companies and interactive projects ranging from a game by Drinkbox Studios called Guacamelée where you play through as an agave farmer reincarnated as a Mexican wrestler, to quirky interactive e-learning apps serving up an introductory to Ramen Noodles. Just last week, Toronto based Pop Sandbox gained media coverage as well as scrutiny for its game Pipe Trouble. The game seeks to demonstrate the stakeholder balancing act that accompanies natural gas development, with the goal of raising awareness for the documentary Trouble in the Peace. Personally, my initial attraction to the game was due to my extended quest to find a replacement to Pipe Dream that I used to play on Windows 3.1. The game by Pop Sandbox was heavily misconstrued the media and industry, resulting in it’s removal from TVO’s website.

Pipe Trouble us a great example of the way transmedia and converging mediums are becoming a great way to increase the public’s engagement with an idea or in this case a documentary. The digital landscape is very user centric, and individuals seek out content from various sources to fulfill their needs. Offering diverse content and ways of learning about a project, brand or product will not only increase mindshare, but offer quality engagement.

An upcoming conference INPlay, is taking place at The Metro Convention Centre in Toronto, Ontario on May 15 & 16. The conference will feature influential speakers who are leaders in the field of kids interactive digital media. There will be sessions about the business insights and opportunities in this growing industry of interactive and immersive media. Keynote speakers will include Caitlin Burns from Starlight Runner Entertainment and Laura Seargeant Richardson of Frog Design. Interactive Ontario is behind the event, and a conference ticket offers unique perks such as 1 X 1 networking session with experts and delicious kids themed food throughout the two days packed full of insight and information. Early bird tickets are on sale now through their website.

* a combination of escapism and entertainment