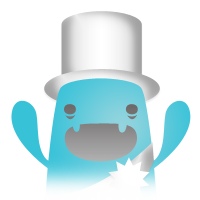 Blog New to This site: Not sure who is with me on 2 Likes Advancing Medical Education: a game, inspire… There looms a huge dark cloud of impending crisis in medical education today.  I think the following spells out one of the main reasons why doctors get easily stressed out, leading to poor communicat… Discussion Advancing Medical Education: a game, inspire… 1 Like Professor in Gaming Communication - American… The School of Communication at American University, Washington, D.C., welcomes applications for a tenure-line faculty position in gaming communication at the rank of associate or full professor. Depe… Discussion Professor in Gaming Communication - American… 1 Like 6th Grade Science ARG Hi, First of all, thank you all for joining this group. It's currently the second largest group here on Gameful, so let's start using this more to get some discussion going. As for this post, I am st… Discussion 6th Grade Science ARG 2 Likes Wealth-building course - could be a game?   I wrote a course on basic economics, personal finance and entrepreneurship with a chapter/lesson that talks specifically about making the process of wealth-building into a game. Looking for others… Discussion Wealth-building course - could be a game? 1 Like New Gaming Strand in the virtual 2012 Global… I'm the co-chair of a free, online Global Education Conference and we recently announced a new partnership with BrainPOP around gaming. I've also attached our most recent conference press release.  P… Discussion New Gaming Strand in the virtual 2012 Global… 1 Like